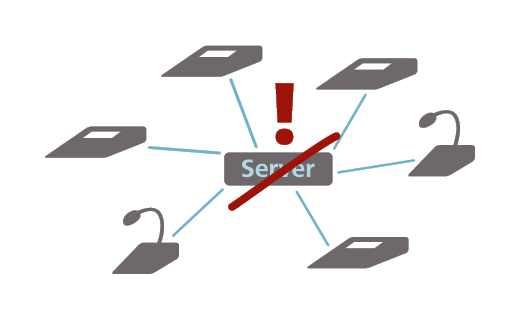 The NeuroKom® IP system works in a network with intelligent end devices without central components, such as a hardware server. The classic "single point of failure" is eliminated - a very important security aspect. A neural communication for speech, data and more is realised, whereby each functionality can be taken on board by one or more NeuroUnit® units. It is essentially capable of integrating loudspeakers, microphones, inputs/outputs, keys, keyboards and other devices such as video cameras, access control readers or evaluation and signalling devices into a NeuroKom® IP concept via USB interface and I²C adaptation. 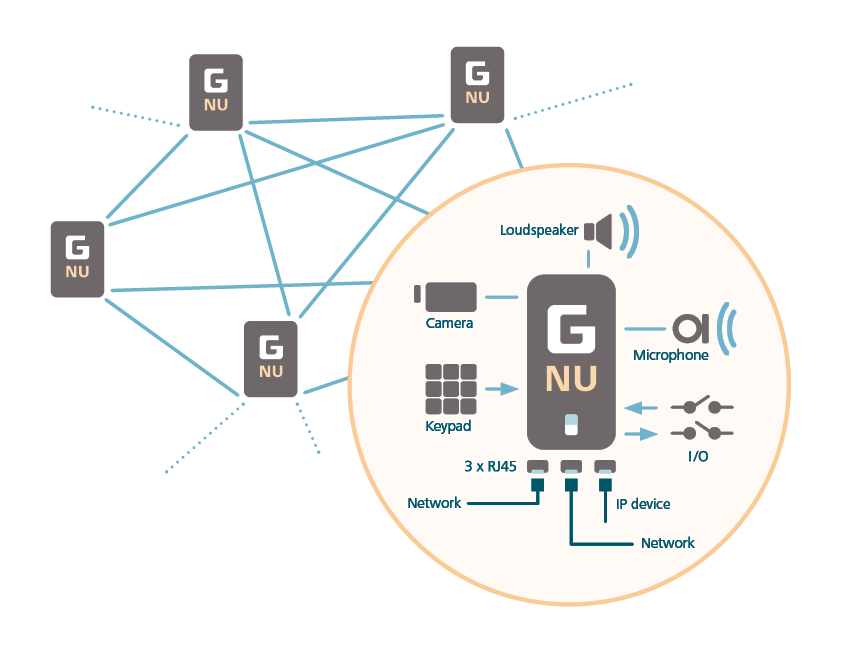 The independent call stations are registered in the IP network, automatically form a neural network and solve all communication tasks themselves. Even the smallest unit, consisting of two NeuroKom® devices, can implement the entire performance spectrum of the NeuroKom® IP principle. Up to 9,000 NeuroUnit® devices can communicate directly.

NeuroKom® IP from Gehrke works with its own real-time operating system and all common network protocols are available. This makes the applications extremely secure and reliable.

Are you interested? Have a look at our product data sheet for System 9000.